Access of Health Care of Undocumented Migrants in Switzerland
Important factors that influence integration of refugees in the host societies
The Compulsory Jurisdiction of the International Court of Justice on...

Krisela Qirushi is a Senior Lawyer at Vodafone Albania. For four years, she has been working in a law office where she has been provided legal assistance to both domestic and international companies on a broad range of business and commercial issues. She holds two undergraduate degrees, in Political Science and in Law, and a Master’s Degree in European & International Law from the University of Strasbourg. Krisela has published several articles related to telecoms sector, corporate issues and mining sector. She is a member of the Albanian Bar Association and speaks fluently English, Greek and French.

Issue 5 - Human Rights: The Principle of Non-Discrimination on Grounds of Gender in the Workplace – Assessing Albanian Law through EU Standards

Dorina Ndreka is a full time lecturer at the Department of Justice at the “Aleksandër Moisiu” University of Durrës since 2009. She graduated as a lawyer at the Faculty of Law at the University of Tirana and then in 2009 she concluded her master’s in European Studies at the University of Tirana. Her PhD thesis was “The impact of the European Law on the development of Public International Law. Since 2005 she has been actively working as a lawyer in civil and administrative law matters. She has a vast experience in the field of Legal Issues and Judicial Expertise Counseling. She participates in a large number of national and international scientific conferences and also has published a variety of scientific articles in scientific journals in Albania and abroad. Mrs. Ndreka has also written several scientific papers on various issues such as EU security policies, Crime's Civil Compensation, International Law Standards on Labour Law etc.

Klodiana Beshku is a lecturer at the Department of Political Sciences, University of Tirana since 2008. She was the Head of this Department from 2014 2015 and Adviser at the Cabinet of the Ministry of Foreign Affairs through LEAD Albania Program from 2015 to 2016. She has been chief of different courses, for example: Geopolitics (with a special focus on the Region of the Western Balkans and the relationship of EU-US-Russia with the region), Theories of Regional Relations and Security, New Social Movements, Politics and Society in the Southern-Eastern Europe, Central Regional and Local Governance (with a special focus on Europeanization, regionalism and federalism) etc. She is a Phd in Geopolitics at the University of Pisa, Italy, graduated in 2011 with the thesis: “The role of the European Community in the dissolution of Ex-Yugoslavia. The case of Bosnia and Herzegovina”. She has a Master Degree in European Studies “The process of Building Europe”, given in joint action by University of Siena and University Robert Schuman III of Strasbourg, earned  in 2005. Since September 2011, she is Chief Editor of the Scientific Journal “Politikja” and co-editor of the volume “Albania and Europe in a Political Regard”, published with Cambridge Scholar Publishing in 2013.

Issue 5 - European Union and Integration: The European Union’s Normative Role in the Dissolution of the Ex-Yugoslavia: An Underestimated Contribution

Enea Sheqi has completed Bachelor studies at the Faculty of Law at the University of Tirana. He is currently completing Master's degree in Civil Law at the same university. During the studies he has been involved in many trainings and workshops having as main focus, topics such as: human rights, European law, business law and family law. He has participated in a two-month training organized by the OSCE presence in Albania and was awarded the prize for the best performance during the simulation model organized by EMA. Enea has participated in several international scientific conferences organized by the University of Tirana with the University of La Sapienza, referring to the topics: "Impact of Human Rights in Private Law" and "Taking and Using Biological Sample: News and Novelties of the Criminal Procedure Code ". He is currently contributing in several national conferences. Enea shows interest in European law, civil law and European private law. The languages he owns are Albanian (mother language ), English, French and basic knowledge of Italian language.

His Contributions to ALJ:

Impact of EU law in national legislation of Albania
Dr. Gentjan Skara, Head of the Department of Bedër University College, was invited to hold a lecture entitled "The Impact of European Union Law on Albanian Legislation" with the participation of students, lawyers, assistant lawyers and legal experts. Dr. Skara briefly explained the sources of law...
Sat, 02-04-2022

Tax system in Albania – comparison with EU and MS practices
On January 23, 2022 an workshop took place within the Enlargement of the European Union in the Western Balkan project (2019-ongoing) which is being implemented by University of New York Tirana in cooperation with EMA within the Jean Monnet and Erasmus + programme aiming to create a centre of... 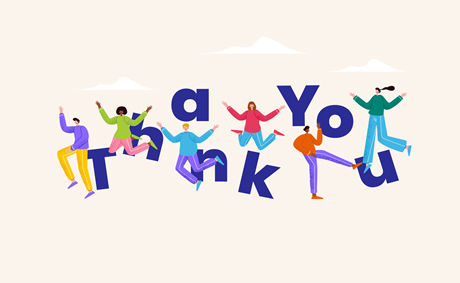